Spotlights from the Task Force

More than 100 faculty, staff and students are working on George Mason University’s Anti-Racism and Inclusive Excellence Task Force, which is taking a hard look at the current state of diversity and inclusivity efforts at the university and making recommendations for the future.

These individuals come from across our campuses and bring their different skill sets and expertise to this work. In this series, we will spotlight members of the task force and find out what drives them.

President Gregory Washington wants Mason to be a national exemplar in anti-racism and inclusive excellence, and these task force members are helping to light the way for this important work. 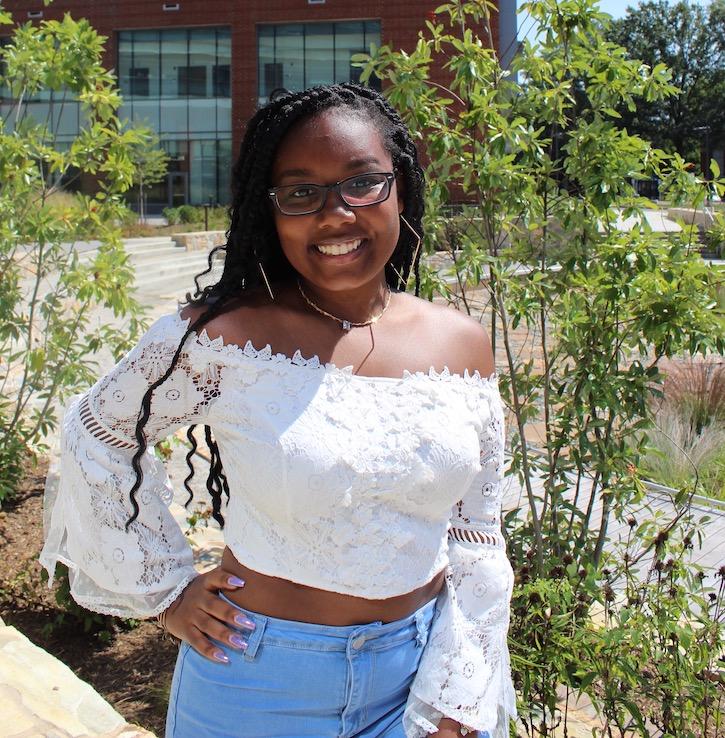 Junior Dominique Dowling has been working to enact social change since high school. She joined the GMU NAACP chapter in her second year at Mason, and now she is the group’s vice president.

Through the chapter, she has been involved in numerous panels and committees, which inspired her to do more anti-racism work on campus.

“Being part of the NAACP has exposed me to different initiatives and people who have been doing this work for years,” said the integrative studies major. “It made me realize that anti-racism work requires an ongoing dedication because there is always work to be done.”

Dowling has been involved with a number of organizations including Student Government. She said she was excited to be involved with the task force because she believes students are often left out of the conversation.

“Many times our voices are not heard due to the lack of representation or the simple fact that one student can't express the concerns of more than 30,000 students,” said Dowling. “I felt like this was my opportunity to elevate the voices and grievances that many students have.”

When asked about her career goals, Dowling is clear about her aspirations: She wants to one day be the U.S. secretary of education. Toward that goal, she plans on continuing on at Mason to complete her MEd and then become an elementary school teacher and eventually work in school administration. And she said her task force work has influenced her trajectory.

“I want to implement anti-racist and social justice components into my teaching,” she said. “Through administrative roles, I want to help other teachers to also implement those principles so that young people don't have to wait until they get the opportunity to take a college course on identity to become aware of inequities.”