The John Toups Presidential Medal for Faculty Excellence in Teaching 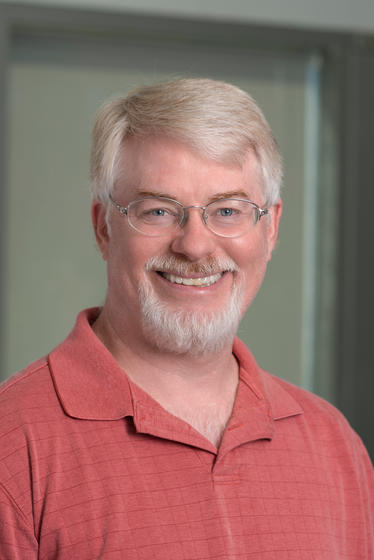 Jeff Offutt has published over 190 refereed research papers, has an h-index of 67 (Google Scholar), and has received funding from many government agencies and companies. Offutt is currently co-PI on an NSF project on integrating Computer Science Standards of Learning into K-5 classrooms. He is also leading projects on making smart tests smarter and exploring the ramifications of minimal mutation. Recent projects include the Google-funded SPARC project, which created a new teaching model for CS1 and CS2 to increase scalability, retention, and diversity, while reducing cheating, and the Testing of Critical System Characteristics (TOCSYC) and PILOT projects at University of Skövde, Sweden. His current research interests include software testing, test automation, usable security, software engineering education, analysis and testing of web applications.

Offutt has received several major awards, including George Mason University’s Faculty Member of the Year in 2020 by GMU’s Alumni Association, the Outstanding Faculty Award from the State Council of Higher Education for Virginia in 2019, and the George Mason University Teaching Excellence Award, Teaching With Technology, in 2013. He leads the MS in Software Engineering program at GMU, teaches Software Engineering courses at all levels and has developed new courses on several Software Engineering subjects, including web engineering, software testing, construction, design, usability, experimentation, and analysis. His textbook, Introduction to Software Testing, edition 2 (co-authored with Paul Ammann), was published by Cambridge University Press in January 2017 and is the leading worldwide textbook in software testing.

Offutt was editor-in-chief of Wiley’s Journal of Software Testing, Verification and Reliability from 2007 through 2019, co-founded the IEEE International Conference on Software Testing, Verification and Validation (ICST), was the first steering committee chair, and was Program Chair for ICST 2009. He also has served on dozens of conference program committees and been on the editorial boards for the Springer’s Empirical Software Engineering Journal (2006-), the Journal of Software and Systems Modeling (2002-), the Software Quality Journal (2002-), and IEEE Transactions on Software Engineering (2001-2005), is a regular reviewer for NSF and several major research journals, and has been invited to speak throughout the world. He has been involved as designer, builder, and director for many software proof-of-concept research systems, including muJava, coverage analysis web apps, Mothra, Godzilla, CBat, Mistix, Albert, CoupTest, and SpecTest, which have been used by thousands of software engineering researchers and educators. His inventions, including bypass testing and model-based testing, are used by thousands of software companies and embedded in widely used commercial tools such as Selenium. Offutt has made fundamental contributions to several software testing problems, including mutation, specification-based testing, model-based testing, automatic test data generation, object-oriented testing, input space partitioning, and testing of web applications. He has also published on software metrics, software maintenance, and software engineering education. 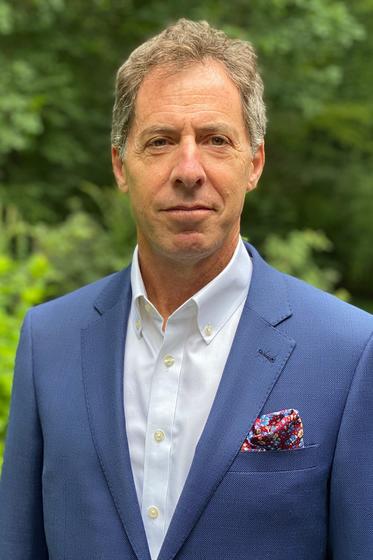 Edward Maibach is a Distinguished University Professor at George Mason University and the Founding Director of Mason’s Center for Climate Change Communication. Defining himself “first, foremost and always” as a public health professional, Ed’s exclusive focus since 2007 has been on climate change as the world’s most pressing threat to public health and wellbeing.

His research—funded by the National Science Foundation, NASA and private foundations—focuses on public understanding and engagement in climate change.  With Anthony Leiserowitz (Yale Program on Climate Change Communication), Ed co-directs the Climate Change in the American Mind polling project, a research program currently in its 12th year. The project is best known for identifying and tracking the ongoing evolution of Global Warming’s Six Americas—six groups of Americans with distinct views, behaviors and policy preferences regarding climate change. Insights from Climate Change in the American Mind polls led Ed to explore and develop various avenues to enhance public understanding and engagement in climate change. Notable examples include Climate Matters, and the Medical Society Consortium on Climate and Health.

Ed’s surveys also showed that while few Americans understand that climate change harms human health, a majority of American physicians in certain specialties (e.g., allergists, pulmonologists) say they are already seeing the health harms of climate change among their patients. In response, Ed and his Mason colleague Mona Sarfaty worked with medical societies to develop the Medical Society Consortium on Climate and Health—which currently has 29 national medical societies as members, representing nearly 2/3rd of all American doctors. Together, they are working to educate the public and policy makers about the health harms of climate change and the health benefits of climate solutions.

Ed earned his PhD in communication science at Stanford University, his MPH at San Diego State University, and his BA at University of California, San Diego.  Prior to coming to Mason, Ed served as Associate Director of the National Cancer Institute, Worldwide Director of Social Marketing at Porter Novelli, and Board Chairman for Kidsave International.  He is currently a Fellow of the American Association for the Advancement of Science.  Earlier this year, Ed and Anthony Leiserowitz were awarded the Stephen H. Schneider Award for Outstanding Climate Change Communication. 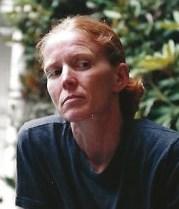 Cynthia Fuchs (PhD, University of Pennsylvania, 1989) is the Interim Director of Film at Mason (CVPA) and Associate Professor of English (CHSS), as well as a faculty member in African and African American Studies (AAAS) and Sport and American Culture; she is an Executive Committee member for Women and Gender Studies (WGST) and a member of the Senior Leadership Committee for CHSS.

She is the creator and curator of the Visiting Filmmakers Series at Mason.

Professor Fuchs is Contributing Editor for the weekly cultural studies magazine, PopMatters (she has been a writer and editor since 1999). She has also written reviews for  the Alliance of Women Film Journalists, Philadelphia Citypaper, Flow, Screenit.com, NPR, Time to Play Magazine, Morphizm, Creative Loafing, and Common Sense Media. See her page at Rotten Tomatoes. 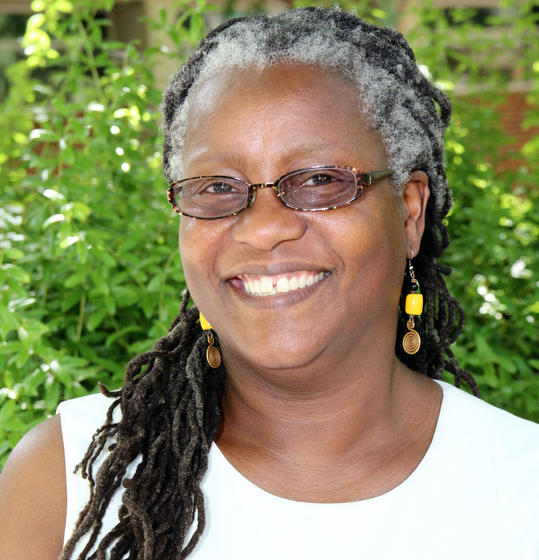 Jenice View is an Associate Professor Emerita in the Graduate School of Education. Prior to joining the GMU faculty in 2005, Dr. View spent more than twenty years working with a variety of nongovernmental organizations to create space for the voices that are often excluded from public policy considerations: women, people of color, poor urban and rural community residents, and especially youth. She has also been an educator in a variety of classroom and community settings, including as a middle school humanities teacher at a DC public charter school, as the education and training director of a national environmental justice and labor organization, and as a professional development trainer of in-service classroom teachers.

She is a co-author of the 2020 book Antiracist Professional Development for Inservice Teachers,  co-editor of the 2020 book Teaching the New Deal, 1932-1941, co-editor of the 2012 book, Why public schools? Voices from the United States and Canada. She is also a co-editor of Putting the movement back into civil rights teaching (2004/2020), winner of the 2004 Philip Chinn award from the National Association of Multicultural Education and Honorable Mention from the Gustavus Meyers Center for the Study of Bigotry and Human Rights, and designated an "enduring classic" in 2011 by the Southern Poverty Law Center's Teaching Tolerance. Her GMU-TV show, Urban Education: Issues and Solutions, has received multiple awards, including the 2012 Communicator of Distinction award, and the prestigious 2011 Gracie Award. Her work has received several grants, including a 3-year $1 million US Department of Education Teaching American History Grant for work in southwestern Mississippi; two multi-year grants from the W. K. Kellogg Foundation to Teaching for Change totaling $1.3 million; grants totaling over $60,000 from the US National Park Service for her work on Learning Historic Places with Diverse Populations; and a $4000 research grant from the GMU Provost's Office. She received the 2020 Earle C. Williams Presidential Medal for Faculty Excellence in Social Impact, and the 2013 Faculty/Staff Vision Award from GMU’s Office of Diversity, Inclusion and Multicultural Education. She has presented workshops and presentations in a variety of national and international settings on the subjects of civil rights education, arts integration, popular education, labor education, environmental justice, and youth development. A native of Washington, DC, she has a B.A. in economics and international relations from Syracuse University, an MPA-URP in development studies and urban and regional planning from Princeton University, and a Ph.D. in education from the Union Institute and University.